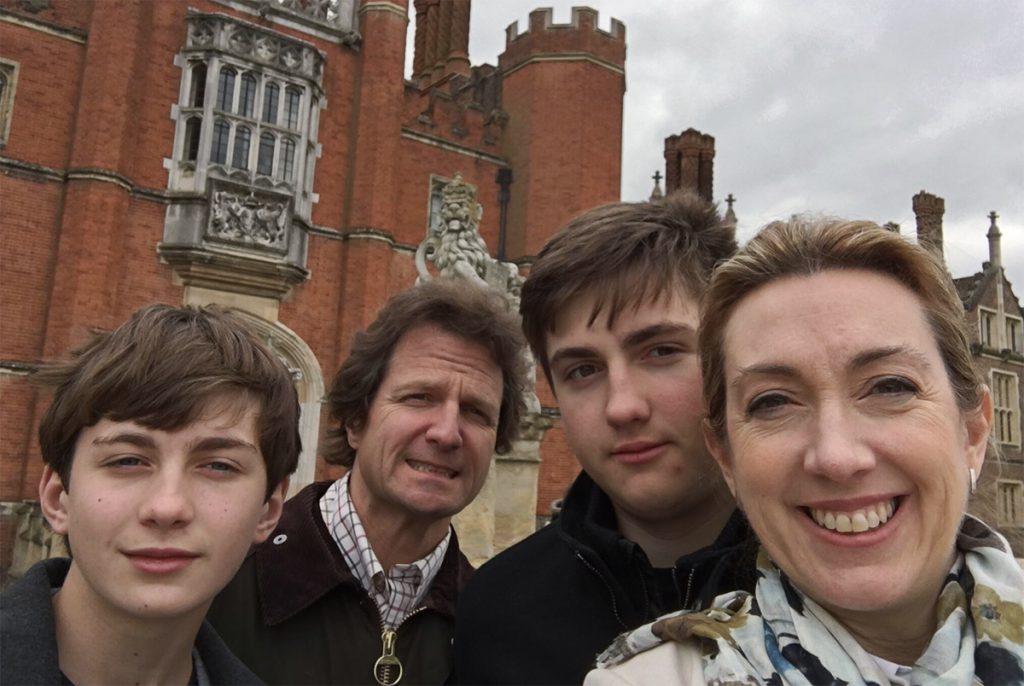 Terry and Graham Quinn became involved with Wonders & Worries in 2012 when Graham was invited by friends to participate as a shooter in the No Worries Classic. “I wasn’t familiar with the organization before then, but when I learned what Wonders & Worries does for these families, I was glad to help,” says Graham. “For both Terry and me, being able to help children and families going through very challenging times makes Wonders & Worries appealing.”

When I learned what Wonders & Worries does for these families, I was glad to help.

They have inspired that same sense of giving back to the community in their son, Robert, a sophomore at St. Stephen’s. Robert volunteered last year with a group of friends from school at the Ice Cream Social family fun event. “My favorite memory of the day was seeing the kids enjoying themselves for an afternoon,” says Robert. Last year Wonders & Worries launched the inaugural year of the Teen Council – a partnership between Wonders & Worries and local teens in 9th–12th grade for a year-long commitment, rooted in the idea of training the next generation of leaders, volunteers, and philanthropists. Robert wanted to continue to stay involved with the organization and was excited about the opportunity to join, especially when he learned that one of the Teen Council activities was planning, executing, and volunteering for the Ice Cream Social that he enjoyed so much. “I like planning and seeing an event happen that will help others. I have enjoyed learning about how nonprofits work,” says Robert.

We all know people affected by serious illness, and it is good to know there is a group in our community that will help the kids in difficult times.

Terry and Graham are proud of Robert for wanting to give back in the community. “We all know people affected by serious illness, and it is good to know there is a group in our community that will help the kids in difficult times,” says Graham. “We like Robert being involved with others his age in planning, organizing, and participating in a charity event. He is learning how to contribute to philanthropy in a meaningful way.”