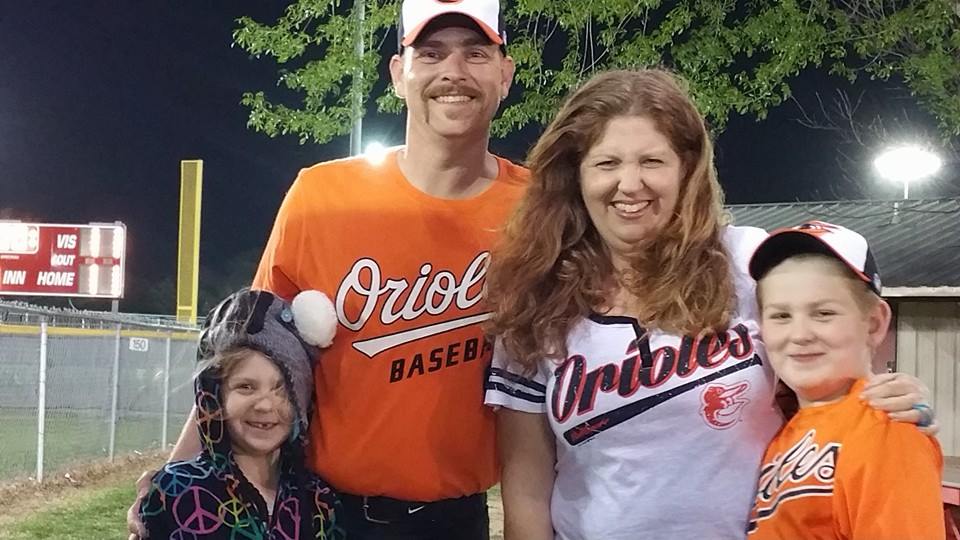 When Jenny Forgey became pregnant with her son in 2007, she began to experience unexplained health issues. From that point forward, she and her husband, Justin, did their best to protect their children Gunnar and Lily when Jenny’s symptoms presented. “By the time he was five, our son Gunnar knew how to call 9-1-1 for Mommy and what to tell anyone present when Mommy passed out,” Jenny says. Justin also suffered from a chronic health issue as well as epilepsy, but fortunately, his seizures had been under control for many years. In January 2016, however, Justin suffered one grand mal seizure that was witnessed by the children, and another shortly after, when Lily was sitting in his lap, scaring her terribly. Justin and Jenny realized at this point that they could no longer manage the emotional trauma their illnesses were causing the children.

Justin and Jenny realized at this point that they could no longer manage the emotional trauma their illnesses were causing the children.

Child life staff member Ali began seeing Gunnar (8) and Lily (6), providing insight and the right tools to help the entire family address both the issue at hand and the larger picture of what was happening in their world. Justin and Jenny loved the way that Ali touched base with them before each appointment, and tailored the appointment according to the needs of the day.  When Justin was diagnosed with a secondary degenerative neurological illness, his symptoms became more pronounced and created anxiety for the children. “Instead of sticking to his original plan, Ali made an adjustment that allowed for a wonderful discussion between the whole family, during which fears came to light and specific strategies were presented to help all of us cope better,” Jenny says.

Wonders & Worries has been a lifesaver for the Forgey family and after learning more about the program, Justin and Jenny realized that Wonders & Worries’ services are not just for a parental illness with a beginning and an end. Wonders & Worries provides illness education and coping therapy for chronic illnesses, too. “Chronic health struggles can be some of the most confusing for kids to understand,” Jenny says, “Wonders & Worries helps the whole family cope together, turning something that could potentially be devastating into a life-giving process and we are truly grateful for every person who makes this gift possible.”