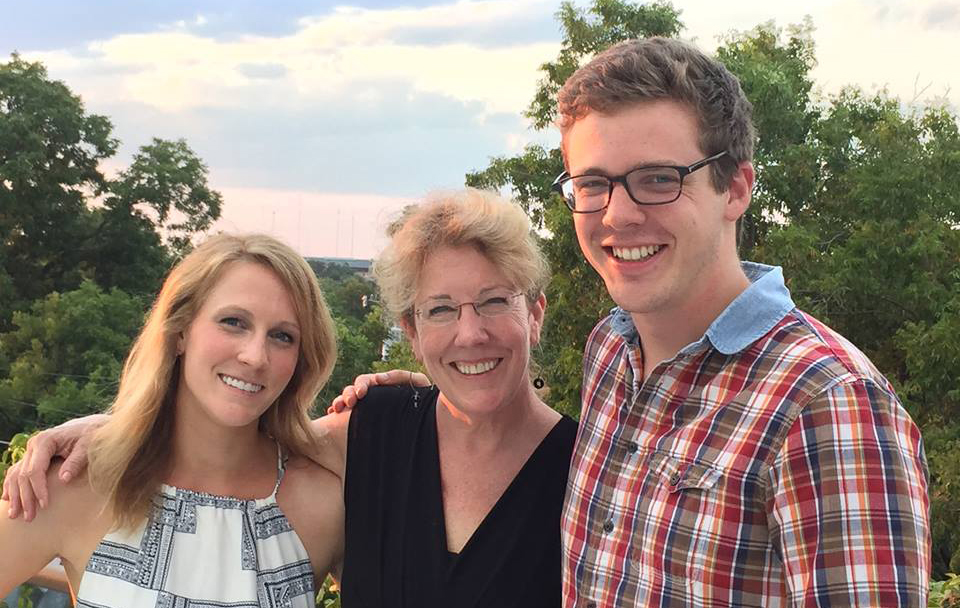 Kathryn Parker has been part of the Wonders & Worries family almost from its inception in 2001. She supports the organization’s mission with a unique perspective – she experienced Wonders & Worries services firsthand. “Wonders & Worries saved my family’s life,” she says, “and I have no doubt that the other families they have helped feel the same way.”

When she was only 11 years old, Kathryn’s father was diagnosed with cancer. Kathryn and her brother, who was 8 years old at the time, joined a pilot group at Wonders & Worries in its first year of operation. They received professional support and participated in activities designed to teach them how to cope with the reality of their father’s illness and to work through their feelings.

Wonders & Worries saved my family’s life, and I have no doubt that the other families they have helped feel the same way.

“Wonders & Worries saved my family’s life,” she says, “and I have no doubt that the other families they have helped feel the same way.”

Kathryn is grown now, and is still grateful for the help she and her family received all those years ago. “In the past, I thought about all the things Wonders & Worries did for me as a child,” she says, “Now that I’m older I think about what they did for my parents, too.” Wonders & Worries helped her parents talk to Kathryn and her brother about their father’s illness, and helped prepare them for when he passed away. “Wonders & Worries helped us all learn to cope and communicate in a way that helped us support each other through the worst moments,” Kathryn says, “I don’t know where I would be today if my family and I hadn’t had that support early on.”

Kathryn remains closely involved with the organization. Over the years she has spoken at several events and is now a member of the Wonders & Worries Development Committee and the 2001 Society, a monthly giving group that promotes annual sustainability for Wonders & Worries. “I think we have this idea that only people with a lot of money make donations, but if enough people are involved, even $25 a month can make a huge difference,” she says, “No amount is too small to make an impact.”