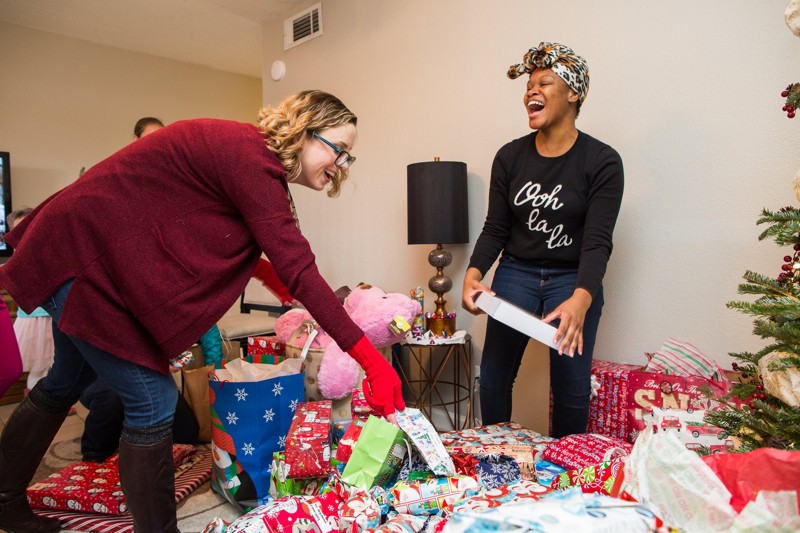 On Dec. 18, teachers and families from Grisham Middle School brought armfuls of presents into Ashley McGill’s cozy apartment. They piled them around a Christmas tree provided by Wonders & Worries, a nonprofit agency that helps families dealing with a parent’s illness.

An absolute avalanche of gifts and goodwill filled the living room. Alyanna McGill-Mao, 10, could hardly believe her eyes.

“This is the best Christmas ever,” Alyanna McGill-Mao, said to her mother.

The McGill family is part of the Statesman’s Season for Caring program, which features the stories of 12 local families nominated by area nonprofit agencies. Ashley McGill, 31, and her children Alyanna and Preston Mao, 6, were nominated by Wonders & Worries.

The family bounced between relatives’ and friends’ homes until Austin Christian Fellowship placed them in an apartment close to where the children go to school. It’s an improvement from sleeping on couches, but the family still had some basic needs, and Christmas was going to be tough.

Grisham Middle School in the Round Rock school district made sure it wouldn’t be. Almost every year since 2010, Grisham’s art and theater students have selected one Season for Caring family and collected gifts for the family and raised money for gift cards.

The tradition started “spur of the moment,” said art teacher Kristin Goodman, when in 2010 she asked kids to donate gifts for Season for Caring rather than giving her teacher gifts for Christmas. That first year, her students gathered more than a carload of presents. This year, the McGill family received several carloads of gifts, in addition to a new freezer that had been on their wish list. They donated more than $4,000 worth of items and $1,950 in gift cards.

It was the school’s biggest Season for Caring donation to date.